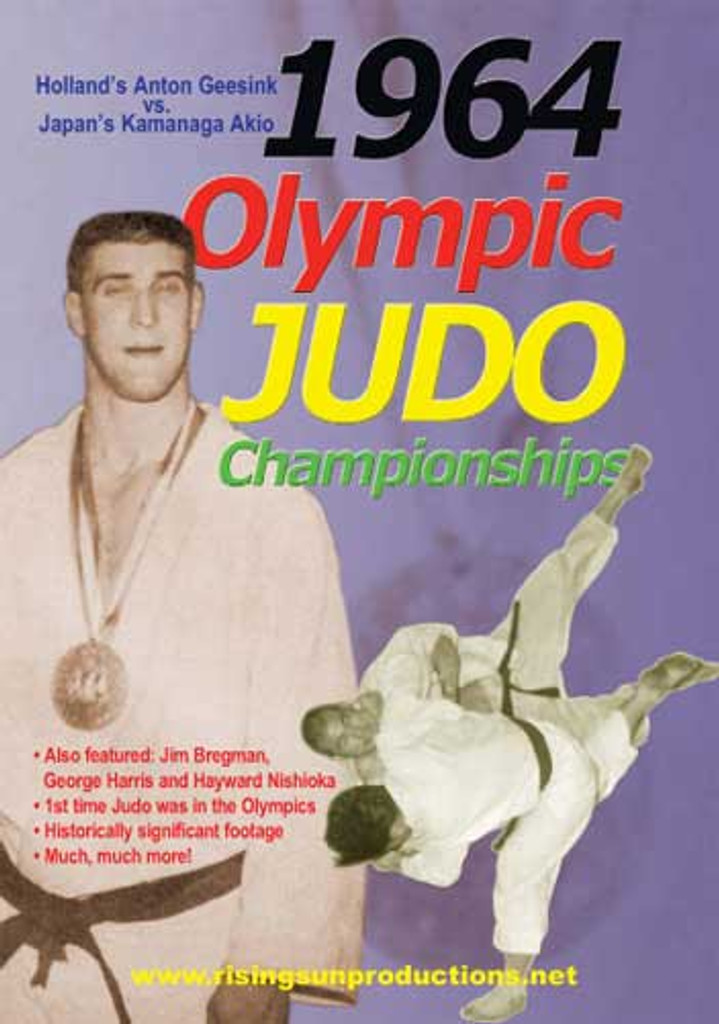 The 1964 Olympic Games were a milestone for all Martial Arts - not just Judo.  It marked the first time Judo was recognized as an Olympic sport and Kano’s dream had become a reality.  It was also the year Japan lost its grip on Judo – Dutchman Anton The Giant' Geesink won the open weight category in Judo, disposing the myth that technique would always beat size.  Geesink was 6’6” tall and weighed 267 pounds and was in perfect condition.  America’s Jim Bregman, George Harris, and Hayward Nishiyoka were among some of the top fighters who helped to break the grip Japan had enjoyed on the world stage of Judo. This DVD is the record that will show you many of these monumental battles, including the fight between Geesink and Kaminaga Akio, the Japanese National Champion that will go down in history as one of the greatest Judo matches of all time - if not the greatest.  Broken into several sections, it is easy to jump from one fight to another and back again.