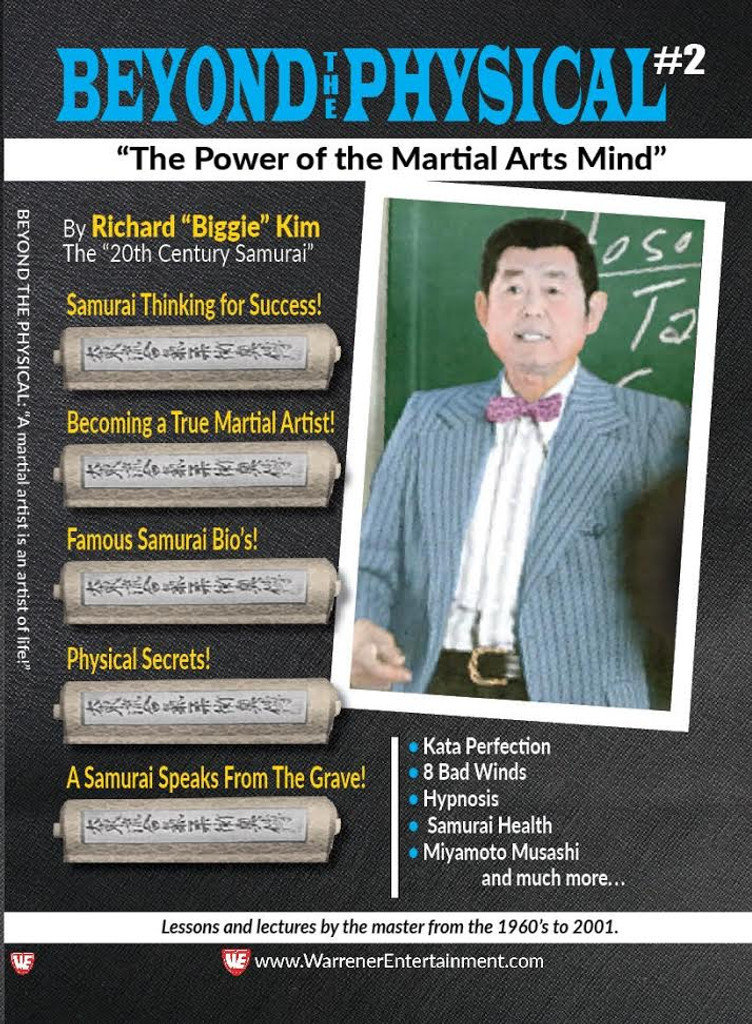 BEYOND THE PHYSICAL #2includes DVD and a CD

This is the second in the series of books written by Richard "Biggie" Kim dealing with martial arts philosophy and psychology that goes beyond the physical and into the Power Of The Mind. In this volume he deals with, Samurai Thinking for Success, Becoming a Martial Artist, Physical Secrets of Japanese Arts, Bios of Famous Samurai Warriors like Tsukaru Bokuden and Miyamoto Mushashi, He also discusses the 8 Bad Winds, Hypnosis, Samurai Health and lots more that only an intellectual like he could teach his students like he did from the mid 1950's to his passing in 2001. This is the only book we know of that actually teaches his lessons verbatim and exactly they way he taught them. These notes were taken by two of his long time students from the China Town YMCA days Lenore and Frank Gaviola. As a bonus this book comes with a CD 55 minutes long where he discusses the Power Of The Mind plus there is also a DVD that was created when he died and given to select students only. The book is once again Ghost written by long time student Don Warrener. Soon to follow 17 hours of his lectures on martial arts hopefully for Christmas 2018.

Beyond The Physical #1 dL

Beyond the Physical and 20th Century Samurai Combination 2 books