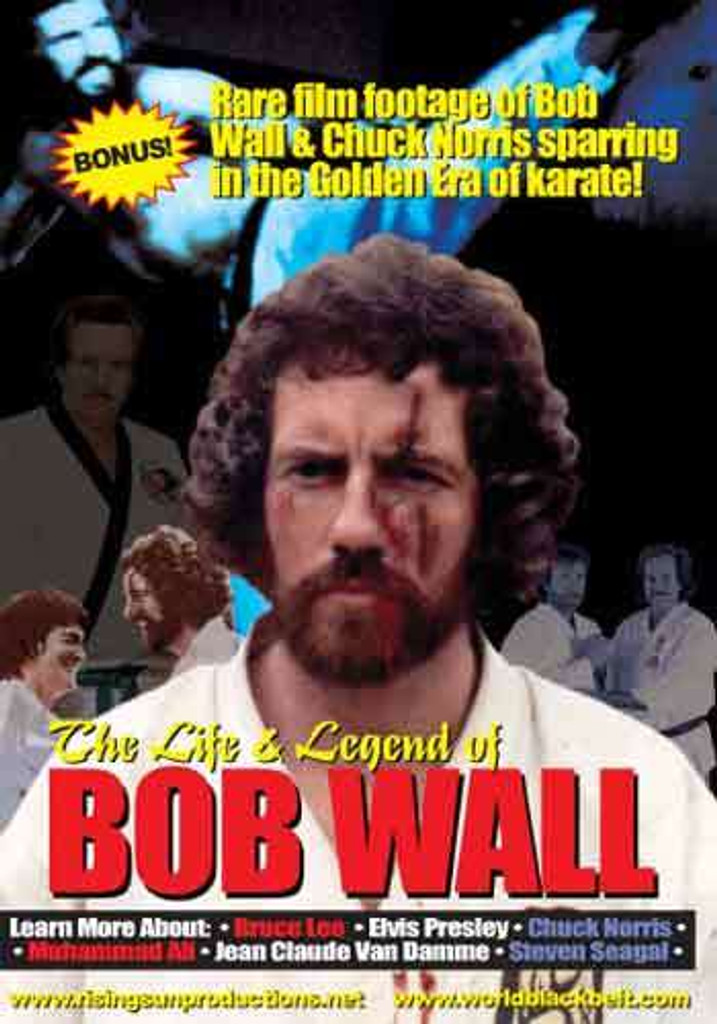 Perhaps no man in the history of the martial arts has been as fortunate as Bob Wall. He has trained with the best – Bruce Lee, Chuck Norris, Joe Lewis, and Gene LaBelle. He has taught some of Hollywood's most influential celebrities, from Steve McQueen and Elvis Presley, to many, many more. He was part of Chuck Norris’s famous West Coast Team of Champions and he has become one of the most successful men ever in martial arts. On this DVD, he reveals all – from his lessons on life from Chuck Norris and Muhammad Ali, Elvis Presley, and Bruce Lee to his experiences with Jean Claude van Damme and Steven Segal. But perhaps his biggest claim to fame was his role in Enter The Dragon, where he played the evil Ohara. You will see behind the scenes footage, never before seen by the public, watch Bruce and Bob practice the famous spin kick sequence, plus loads more that you will just not believe. He talks about the only five subjects Elvis was interested in and how good he was; and how he met Steve McQueen. A totally fabulous DVD that you will watch over and over again just to see the rare footage of his early fights in the 1960s and from the making of Enter The Dragon. Key Words: Karate, Martial Arts, Bruce Lee, Elvis Presley, Karate Movies.