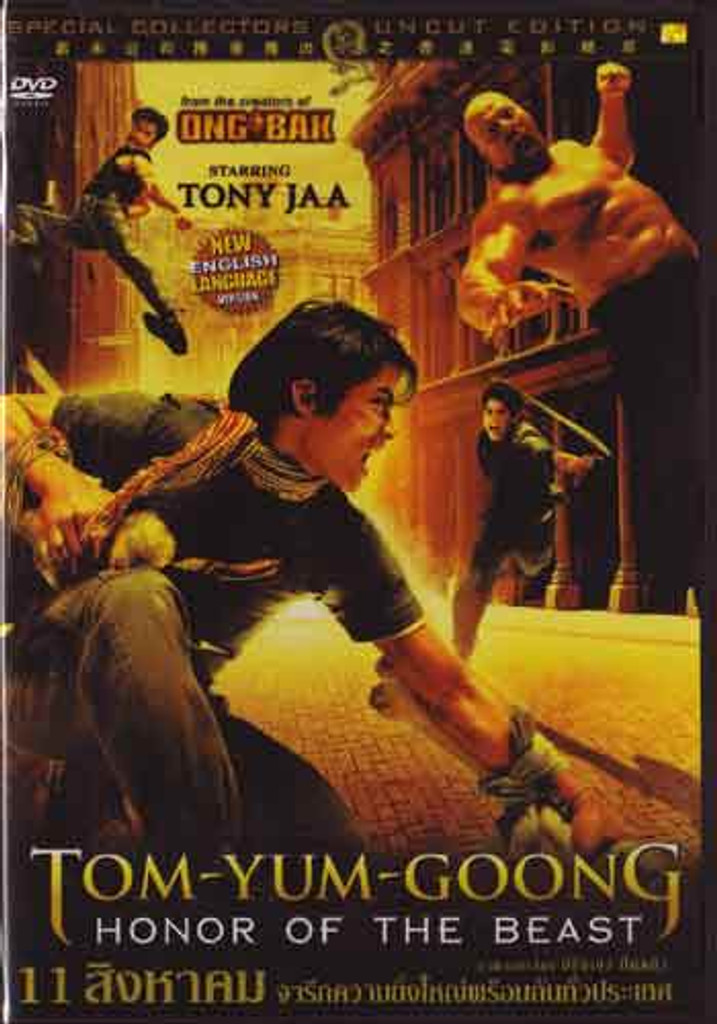 Honor of the Beast (The Protector)

A young fighter named Kham must go to Australia to retrieve his stolen elephant. With the help of a Thai-born Australian detective, Kham must take on all comers, including a gang led by an evil woman and her two deadly bodyguards. Synopsis: TOM-YUM-GOONG is the story of a young man named Kham (Tony Jaa) whose life is turned upside down when an international mafia syndicate, based in Australia , captures his two beloved elephants and smuggles them thousands of kilometers away to Sydney . The two elephants are far more than mere animals to Kham and his father. They are part of his family and were being prepared to be presented as a token of devotion to his Majesty the King of Thailand. The only way Kham can possibly save the animals is by venturing into a foreign land for the first time.Taking on a mafia group to rescue two elephants from a foreign country presents a huge challenge, even for a martial arts master like Kham. Despite the help of Sergeant Mark (Petchthai Wongkamlao), a Thai police Sergeant based in Australia , and Pla (Bongkuch Kongmalai), a Thai girl forced into modern day slavery, the going gets tough. They must take on the ruthless gang of Madame Rose (Jing Xing), whose henchmen include Johnny (Johnny Nguyen), a Vietnamese thief and martial arts expert, and the hulking TK (Nathan Jones). Kham has no choice but to risk his own life for the animals he loves…