“Father of Eskrima in the United States” 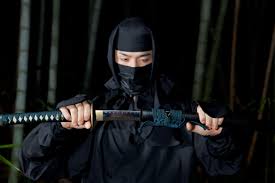 Born in the Philippines in 1917, Cabales moved to the United States in late 1939. He is acknowledged as the Father of Eskrima in the United States, and was the first to open a school that taught the art of Eskrima to both Filipino and non-Filipino students.

At the age of 18, Cabales left his village, and headed for the dangerous seaport of Manila. There he met Feliscimo Dizon who taught Cabales stick fighting skills. They trained on a daily basis with a round kamagong, dagger and empty-hands. Cabales trained hard and became fluent in the many aspects of the system. In the Philippines, a fight was to the death for the honor and prestige of being a stick fighter. Cabales was involved in countless death matches. His reputation of 9-0 match wins preceded him.

In early 1939, Cabales became a seaman and boarded a cargo ship bound for ports unknown. It was aboard this ship that Cabales fought a man whose intent was to destroy him. In three swings of his escrima sticks, Cabales left the man dead. “Three strikes and a man will fall” became his catchphrase, and the motto of his students in years to come. Cabales eventually left the sea and settled in San Francisco’s Filipinos community. He then moved inland to Stockton CA, where he remained for the rest of his life.

In 1965, Cabales developed Serrada Escrima to produce competent escrimadors in 6 months to a year, and master level practitioners in a minimum of three years. Serrada is taught as a stickfighting art but at its core is a bladed system. It uses an extensive empty hand curriculum and has a highly developed system of Espada y Daga (Blade and Dagger concepts). The system is taught with a shorter stick than most other Filipino Martial Arts. Known as a corto or close range system, Serrada is commonly practiced at the medio range, where the practitioner hits the opponent’s body with the primary weapon and remains out of range for the secondary weapon with no change in foot- work.

In 1965 Cabales decided to teach the Serrada art to the general public. He continually made changes to the de cuerdas style, incorporating techniques learned in combat on land and sea. As he added his own nuances, he coined serrada escrima as his style name. His greatest contribution was to standardize the system by creating a rank structure, and a teaching structure based on the style’s 12 angles of attack: a student learns one angle at a time, and is taught offenses and defenses for that angle before moving to the next angle. For advanced students, speed and accuracy drills, and open-hand self-defense maneuvers are stressed.

For 25 years, Cabales taught his method of stick fighting to thousand of students in the Stockton area, including Dan Inosanto, Leo Fong, Richard Bustillo and Graciela Casillas. Grandmaster Robert Castro and Cabales trained together, and understood the attributes of the sword and short stick. He states emphatically that Cabales taught a lot in the US before anyone else, and this is why he is one of the fathers of Eskrima. He describes Cabales as impeccable in his knowledge of the art, his way of teaching, and his openness in motivating his students to express their own art.

Cabales is greatly missed in the martial arts community. He will always be remembered as one of the greatest Grandmasters of the Filipino Martial Arts.

When two Escrimadors play, all they have is first,

their nerve, second, their skill, and third, their luck.