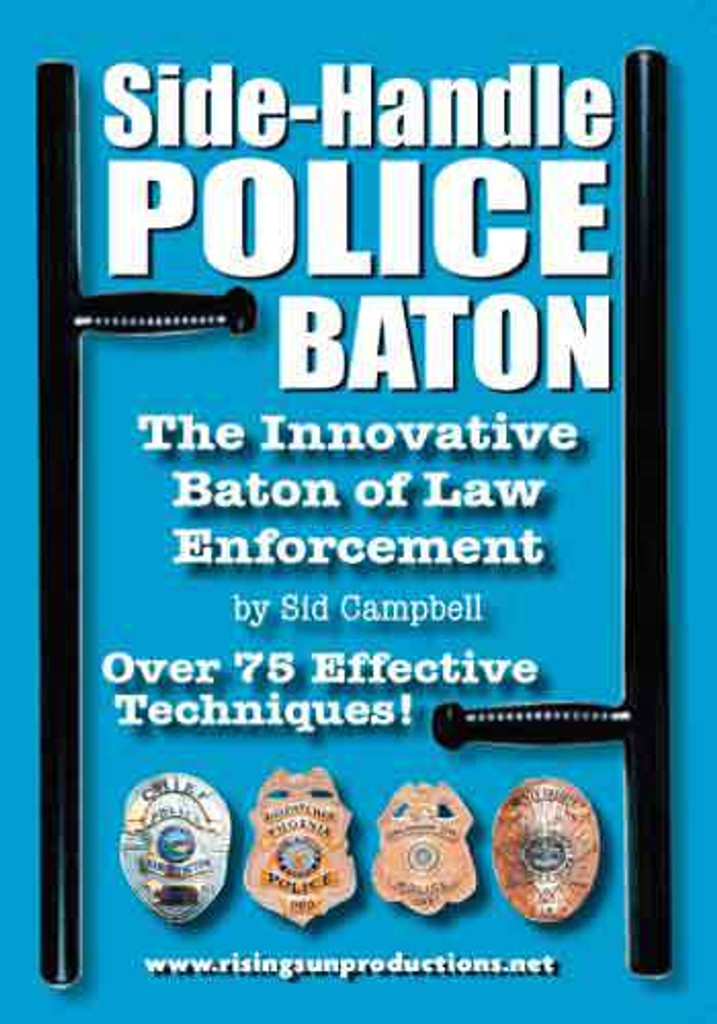 Innovative Baton of Law Enforcement – When you're in law enforcement, there's no room for second-guessing. You've got to have the tools, techniques and proper training to deal with potential threats. That's why this special instructional Tongfa Police Baton program was developed by American martial arts pioneer and Okinawan Kobudo (Ancient Weapon Ways) Tongfa expert Sid Campbell over 30 years ago. It was the first and original training regimen with the Side-Handle Baton to be introduced to law enforcement agencies in the United States. There is a big difference between formal martial arts training and the martial arts self-defense tactics. Formal martial arts training takes place through daily practice over a long period of time. This program is much less involved. Deputies must learn weaponless defense, because they're put into positions where they must defend themselves. Often, such as when working corrections (jail), they are not allowed to carry weapons. But weaponless defense is only part of the whole defense tactics program included in this highly informative educational course. Campbell reveals and masterfully demonstrates why the Tongfa Police Baton is more versatile than the so-called straight stick. He explains and carefully teaches that It's faster because it has a short handle that is perpendicular to its body. This small yawara handgrip is used as a pivot point where the user can use leverage and fulcrum tactics that are not possible with the straight baton. The stick is rotated so that this leverage, not the physical movement of the deputy's arm, is not necessarily required to operate the side-Handle Baton. The result? The stick moves faster with less effort and greater force. It also blocks and can be used in control and takedown techniques like no other baton on the market. There are over 75 very effective techniques artfully taught and thoroughly explained in this masterfully produced instructional course.  Key Words: handle baton, tong fa, weapons, law enforcement, police security. martial arts